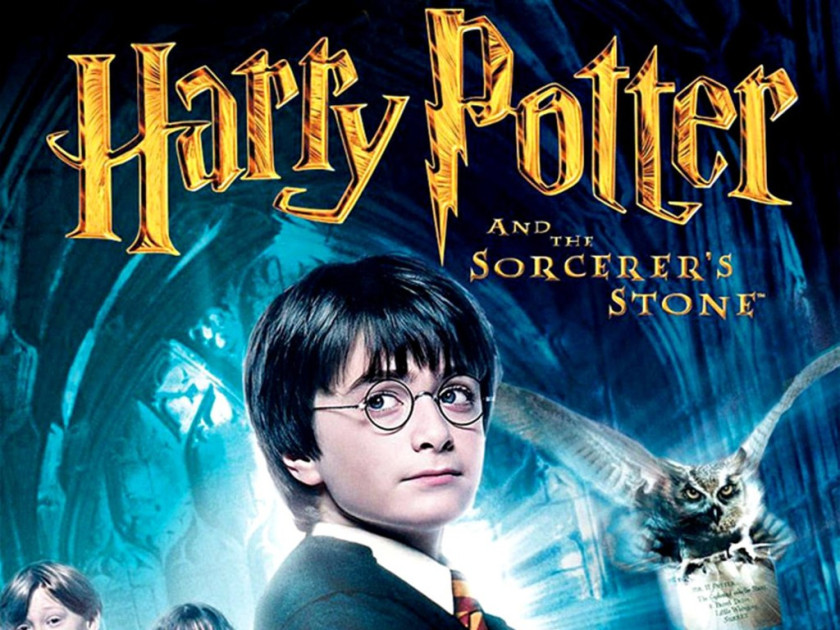 Harry James Potter is a fictional character and the titular protagonist in J.K. Rowling’s series of eponymous novels. The majority of the books’ plot covers seven years in the life of the orphan Harry, who, on his eleventh birthday, learns he is a wizard. Thus, he attends Hogwarts School of Witchcraft and Wizardry to practice magic under the guidance of the kindly headmaster Albus Dumbledore and other school professors along with his best friends Ron Weasley and Hermione Granger. Harry also discovers that he is already famous throughout the novel’s magical community, and that his fate is tied with that of Lord Voldemort – the internationally feared Dark Wizard and murderer of his parents, Lily and James. The film and book series revolve around Harry’s struggle to adapt to the wizarding world and defeat Voldemort. Harry is considered a fictional icon and has been described by many critics, readers, and audiences as one of the greatest literary and film characters of all time.

This movie story tells about Harry Potter, he is a wizard child since he was a baby, but his parents died by the hand of The Dark wizard,Voldemort. So, he had to struggled on his whole life. When he turned to a young boy, Hogwart school of wizard and wizardry sent him a message that he is a student of that school. In there, he learned everything about magic, and also he found his true friendship, Hermione Granger and Ron Weasley. They always helped Harry Potter in everything, whether is right or wrong. They do this all together, happiness or sorrow. Harry Potter also learned how to love his parents, friends, teachers, and everything.

When Voldemort comes to kill Harry Potter, Harry against hard to be win. His bestfriend helped him until they comes to chaotic, but they still hold out. With his witchcraft power, his friends help, and their corageous, voldemort got lost.

From the story, i learn something about love, friendship, against everything bad, with our courageous and our heart and soul. That’s why this movie becoming my favourite ever, because the story is touching, even it’s just a fiction story. But it doesn’t mind, because we get everything in this movie, the great adventure, and the philosophy of this movie, definitely Harry Potter is my favourite.

I can’t stop watching Harry Potter. This isn’t a new phenomenon. Ever since I caught up to J.K. Rowling’s brilliant book series (far too late, I might add), immersing myself into the Wizarding World of Harry Potter courtesy of the eight-film franchise has been a frequent staple of my viewing habits. But recently, throwing on Harry Potter has become something of a self-care act, and it’s only as I’ve gotten older that I’ve realized why it resonates so deeply.

On the surface, the Harry Potter films are just incredibly well-made. It’s one of my favorite film franchises because of how personal each director was able to make each movie. Home Alone filmmaker Chris Columbus was the perfect fit to launch the series as it revolved around incredibly young protagonists, capturing their sense of wonderment with a chlidlike awe. But as Harry Potter grew up, so did the franchise. Alfonso Cuaron’s Harry Potter and the Prisoner of Azkaban is my personal favorite of the film series, as it really digs deep into the angst, anxiety, and uncertainty of impending adolescence. The entire attitude of the movies changed with Prisoner of Azkaban, but not permanently. Just like the mood swings of a 12-year-old boy, the franchise was able to vacillate wildly through different tones and identities. Mike Newell brought an unmistakably British sensibility to the epic Harry Potter and the Goblet of Fire, while director David Yates proved to be a bit of a chameleon as he injected an explicitly political theme into Order of the Phoenix, crafted a straight-up romcom with Half-Blood Prince, made a road movie with Deathly Hallows – Part 1, and brought the franchise to a somber, operatic close with the insanely dark Deathly Hallows – Part 2.

Few franchises have the versatility and diversity of tone of Harry Potter, as the producers and screenwriter Steve Kloves (who wrote all but one of the films) embraced the idea of Harry Potter growing up rather than trying to make the franchise stick to the same formula time and again. It owes a huge debt to Rowling’s source material, obviously, but the true brilliance came in the decision while making Prisoner of Azkaban to focus the story on Harry specifically. Trying to encompass all of each book was impossible, so restricting the story’s POV to Harry helped streamline the storytelling while allowing the supporting characters to still shine in other ways.

But just because a film is great doesn’t necessarily mean it’s comforting. Why, when HBO Max first launched, did I first put on Harry Potter and the Sorcerer’s Stone? Why am I drawn to Potter marathons on SYFY and USA like a bug to a light, despite the fact that I own all of these movies on Blu-ray? For one, there’s the idea that this is a long, long story, so jumping into Chamber of Secrets or Prisoner of Azkaban gives one the sense that hey, Harry’s whole life is ahead of him! There’s so much story left! Time passes quickly, but in Harry Potter, you can go back to the beginning again and relive this epic, emotional journey as often as you like. Not unlike re-reading one of your favorite books or bingeing The Office for the 17th time.

The world building goes part and parcel with this. Production designer Stuart Craig topped himself film after film by building out the world of Harry Potter as this tangible place. You can almost smell the butterbeer when Harry (Daniel Radcliffe), Ron (Rupert Grint) and Hermione (Emma Watson) visit Hogsmeade. You can nearly feel the breeze on your cheek as the characters walk to Hagrid’s hut. Again, the sense of immersion is incredible, and especially when times are tough, escaping into a fantasy world—one in which magic is very, very real—sounds ideal.

But there’s something else. A deeper draw that keeps pulling me back to Harry Potter time and again. Ultimately, this is a story about a group of kids who come to realize that no one is going to help them. Adults disappoint, over and over again. Daniel Radcliffe’s titular character is orphaned as a child, of course, and his aunt and uncle are literally abusive. He’s forced to live in a cupboard. But even once Harry arrives at Hogwarts, despite the fact that some of the teachers are kind and Dumbledore (Michael Gambon) shows a particular compassion for Harry, it’s often that he, Hermione, and Ron are left to save the day all by themselves.

Dumbledore is a particularly fascinating kind of disappointment. He’s peculiar to be sure, but through the first good chunk of story, you trust that he always knows what’s best, that he’s always got Harry’s best interest at heart. But when we get to Deathly Hallows and learn that Dumbledore always knew that Harry was a horcrux and thus would have to die in order to defeat Voldemort (Ralph Fiennes), we start to question Dumbledore’s decisions along the way. Rowling’s father-figure character to Harry is complex and imperfect. And sometimes, quite frankly, Dumbledore is a dick. He makes the wrong call. Whether it’s hubris or whether he always had good intentions is kind of up to you. Dumbledore isn’t a bad guy, and ultimately he’s a significant mentor to Harry, but he’s not infallible. He had secrets of his own, information he could have shared that would have helped Harry, Ron and Hermione in their quest, and he chose to continually play things close to the vest.

We grow up trusting that adults always have our best interest at heart, and that they have all the answers. They must have it all figured out, right? They’ll always be there to protect me. But as you get older, you realize more and more that everyone is just doing the best they can, and some are only looking out for themselves consequences be damned. And when it comes to raising, teaching, and mentoring children, falling short can have the most dire of consequences. What Harry and his fellow Hogwarts students realize as Harry Potter wears on is that no one is coming to save them. Even their teachers, despite their best efforts, can’t fix everything.The Order of the Phoenix is but a small group of brave adults squaring off against an entire army of sorts. As Voldemort’s fascist regime takes hold and invokes fear and terror, the adults who are supposed to be in charge of fending off such attacks either run for cover or bow to Voldemort. They acquiesce to He Who Shall Not Be Named’s demands and bigoted policies, harming thousands of innocents in the process.

In the end, who saves Hogwarts? The kids. Yes a number of good-hearted teachers come to their aid, but it’s the kids who plot, plan, strategize, and mobilize. They realize, as they enter young adulthood, that they can no longer wait around for others to do the right thing. They’re gonna have to do it themselves, even if it means self-sacrifice. And that’s damn inspiring.

The world is a scary place right now. Those in positions of leadership who should be looking out for the good of humanity are making decisions motivated by fear at best and cruelty at worst. Learning that adults are not, by default, kind and smart is a tough lesson that every person must come to understand at some point. Even tougher still, the notion that many adults in positions of power abuse that power to keep their boot on the necks of the disadvantaged.

Seeing images of teens and young adults fighting bravely for justice, for equality, and for the betterment of others in the face of oppression and terror is genuinely inspiring. It offers a semblance of hope that maybe things won’t always be terrible. Those kids will one day be adults, and perhaps those adults can enact true, significant change.