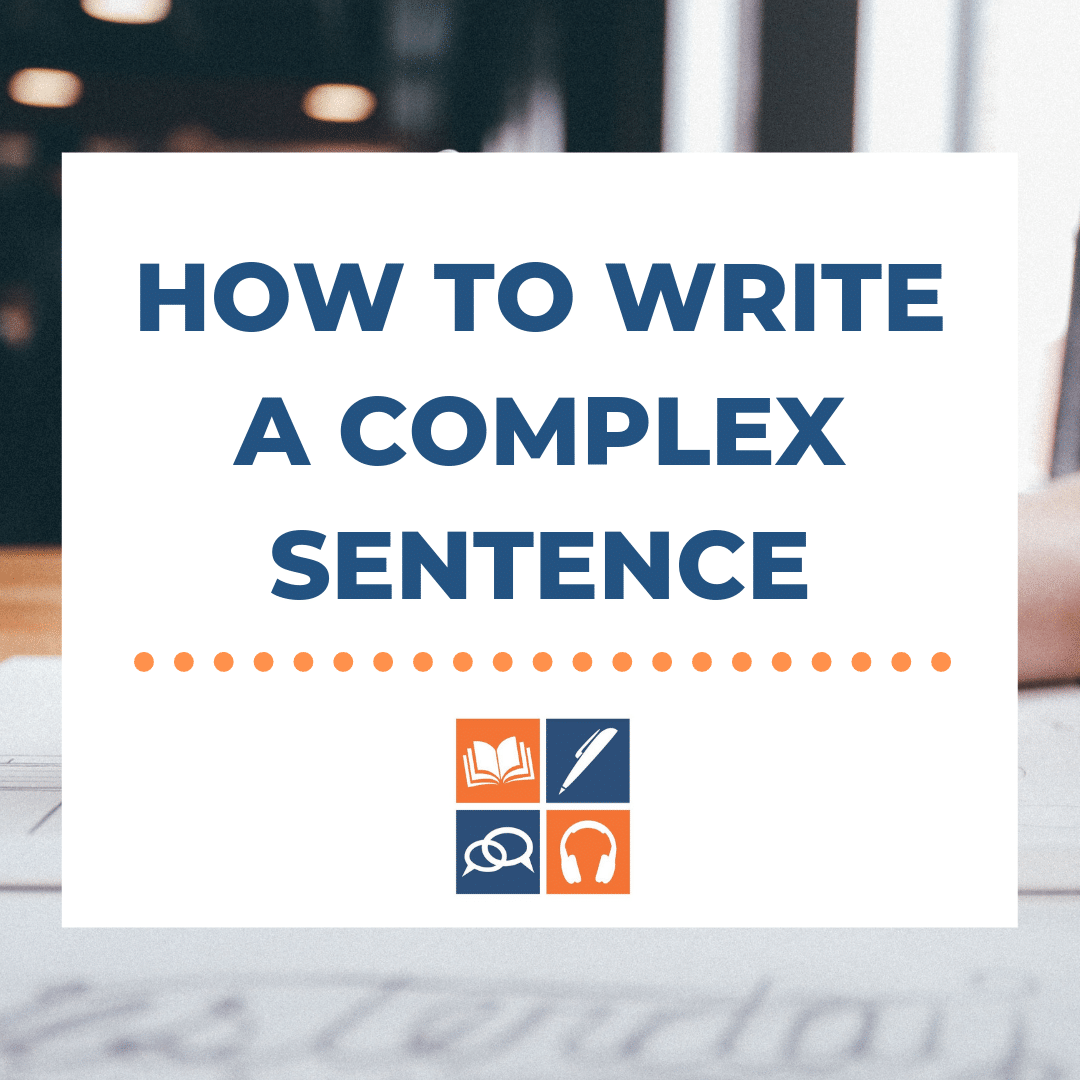 Abstract: IELTS is one of the most popular international standardized tests of English language proficiency. Its two academic writing tasks are crucially different in cognitive and linguistic demands, but to date, few studies have compared the influence of their different task demands on test-takers’ performance. In second language research (L2) area, two contrasting theories on task demands are the Limited Attentional Capacity Model which predicts a worse linguistic performance on a more complex task and the Cognition Hypothesis which expects a better performance on a more demanding task.

My study examines the effect of task type as an important factor of task complexity on L2 writing in a testing condition. The study was a single-factor, repeated-measures design which compares the performance of 30 L2 writers on task 1 and task 2 of the IELTS Academic writing subtest. The candidates’ writing samples were analyzed using a range of discourse measures focusing on accuracy and complexity. The findings showed that low demanding task (task 1 – graph description) elicited a significantly better performance in terms of accuracy than high demanding task (task 2 – argumentative essay).

Meanwhile, the latter was more complex in terms of grammatical subordination and lexical variation. The current study contributes exploratory findings to the body of knowledge on L2 writing by investigating task complexity embedded in different task types. The use of discourse measurement of accuracy an complexity revealed some IELTS candidates’ language problems related to genre writing. The gained knowledge may help teachers manipulate task features to channel learners’ attention to the area in which they fail.

test of English language proficiency. IELTS plays an important role in many people’s life as it involves critical decisions such as admission to universities or immigration. The IELTS writing tasks are designed to be “communicative and contextualized for a specified audience, purpose, and genre”, which reflects the growing focus of second language (L2) writing research on genres/task [1: 2].

Studies have compared the effect of different genres on learners’ writing performance, but few have investigated into the impact of visual description (Task 1) in contrast with argumentative essays (Task 2). In addition, the previous genre-related studies are mostly classroom-based, but similar investigations in a testing situation, especially in IELTS writing, are still scarce [2]. Furthermore, in SLA research area, two contrasting theories on attentional resources, i.e.

The Limited Attentional Capacity Model and the Cognition Hypothesis, have been often examined by manipulating task omplexity along planning, here-and-now variables, task prompts and draft availability; meanwhile, few studies investigate task complexity embedded in different task type. Finally, IELTS is a high-stakes test, so it is essential to diagnose candidates’ possible difficulties to prepare them better. However, despite extensive research concerning the test in general, few studies specifically focus on its writing component [1].

The additional problem is that the IELTS analytic assessment scale does not give much information for predictin candidates’ language problems. As noted by Mickan [3], it is difficult to identify specific lexicogrammatical features that distinguish different band scores. Storch [4] also confirms that analytical scores are often collapsed to yield a single score, losing diagnostic value.

This study is thus motivated by (i) the lack of research comparing the effect of graph description with that of argumentative essays on L2 writing in a testing condition, (ii) a small number of studies that examine two models of attention by examining task complexity in different task type, and (iii) the need to have more research on the IELTS writing component with a detailed diagnostic tool to predict its candidates’ language problems.

The aim of the present study is to examine the effect of task type as one important aspect of task complexity on L2 writers’ performance in IELTS academic writing. To achieve this aim, I compare L2 writing samples on task 1 and task 2 of the IELTS Academic writing subtest. Data for the study was collected through an IELTS simulation test at a language centre of a large research university in Hanoi, Vietnam.

The study evaluates L2 writing by using a range of discourse-analytic measures focusing on the accuracy and complexity. It does not analyse the writings in terms of arguments, organization and cohesion, which is the focus of another study.

Extensive research into the effect of task demands on SLA has been strongly influenced by two models of attention, namely Skehan and Foster’s Limited Capacity Hypothesis [5] and Robinson’s Cognition Hypothesis [6]. Both models emphasize the significant role of attention and L2 learners’ use of their attentional resources in completing tasks. However, the two models differ in their hypotheses about the effect of increasing task complexity on language production.

Skehan and Foster [5] adopt information processing perspectives on the nature of language learning. They hypothesize that language learners’ limited attentional capacities influence pervasively their focus during meaning-oriented communication. In other words, language learners cannot attend to everything equally at the same time, and attending to one aspect may mean the neglect of others. The three areas competing for attention are complexity, accuracy and fluency.

According to Skehan and Foster [5], actual performance largely depends on learners’ priority, task characteristics and task conditions. In regards to the relationship between task content and performance, Skehan and Foster [7] argue that when a cognitively complex task requires significant focus on content, less attention would be allocated to linguistic form.

Consequently, the complexity and accuracy of the linguistic output will decrease. They also claim that when resources are available in performing cognitively demanding tasks, learners only could prioritise either accuracy or complexity, but not both.

1.3.2. Dimensions and variables of task complexity

Both Limited Attentional Capacity Model and the Cognition Hypothesis distinguish a number of dimensions and variables of task complexity that influence L2 learners’ performance.

Cognitive complexity is related to task content and the structuring of task material. With regards to cognitive complexity, he states that familiarity of information (i.e. the extent to which the task allows learners to draw on their own available content schema) has no impact on accuracy and complexity but improves fluency. In contrast, when the task requires
learners to interact with each other, there is a gain in accuracy and complexity at the expense of fluency [12].

Robinson [8] distinguishes task complexity, task difficulty and task conditions. Task complexity (cognitive factors) refers to the “attentional, memory, reasoning and other information processing demands imposed by the structure of the task on the language learner” [8:29]. He also suggests that task complexity can be manipulated along resource- directing and resource-depleting dimensions.

The second task design factors are resource-depleting dimensions such as +/- planning time(with or without planning time), +/-single task (single task or multiple tasks), +/- prior knowledge (with or without prior knowledge). According to Robinson, manipulating task complexity along those dimensions can result in “a depletion in attentional and memory resources”, reducing fluency, accuracy and complexity on the more complex tasks [8: 35].

Unlike task complexity, task difficulty (learner factors) are the differences in resources learners draw on in responding to task demands (e.g. gender, familiarity), and task conditions are participant factors such as one-way or two-wacommunication and communicative goals.

The two models of attention above have prompted a number of task-based studies on SLA Studies related to the impact of task complexity on L2 learners’ performance willnow be reviewed.

1.4.1. The effects of task complexity on L2 written performance

The body of literature on the effects of task complexity on L2 written performance is mainly based on Robinson’s Cognition Hypothesis and Skehan and Foster’s Limited Capacity Model. However, these task-based studies differ in their support for one of the two models.

The first group of studies seems to show more support for Robinson’s multi-resources view of attention. Ishikawa [13] manipulated [+here and now] dimensions of Japanese EFL learners’ narrative writing. The main finding was that more complex tasks pushed learners to produce higher accuracy and syntactic complexity, but no improvement was seen in

linguistic complexity. Kuiken and Vedder [11] concerned the effect of task complexity on linguistic performance by looking at the letter writing of 75 Dutch learners of French and 84 Dutch learners of Italian. Two writing tasks were assigned in which cognitive complexity was manipulated by giving six requirements is the complex and three in the non-complex condition. They discovered that the more complex letters (with six requests) prompted higher accuracy but not higher linguistic complexity.

The second group of studies is more in line with Skehan and Foster’s predictions. Ellis and Yuan [15] reported findings on the effects of three types of planning (no planning, unpressured online-planning, pre-task planning) on 42 Chinese learners’ written narratives based on a series of pictures. Pre-task planning was found to have remarkably positive influence on fluency, syntactic complexity and little influence on accuracy; meanwhile writers in no planning condition were faced with negative consequences in fluency, complexity and accuracy compared to planning group.

The researchers explained that planning helped learners in setting goals, organizing the text and preparing the propositional content, thus reducing pressure on the central executive working memory and enhancing confidence during task performance. Ellis and Yuan’s findings pointed into the direction of Skehan and Foster’s Model.